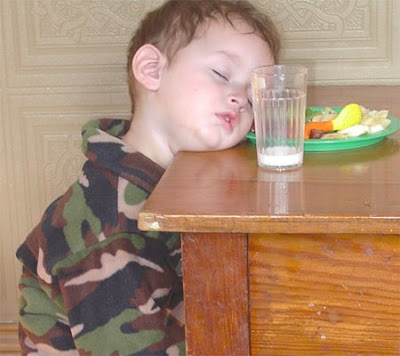 TAKING a nap — even a short one — may boost a sophisticated kind of memory that helps us see the big picture and get creative.

The findings, revealed at the Society for Neuroscience conference in the United States, said that interrupting sleep seriously disrupts memory.

Researchers said that our brains can keep on working while we are asleep to solve problems and come up with new ideas.

Researchers noted that more common than insomnia is fragmented sleep — the easy awakening that comes with ageing, or, worse, the sleep apnea that afflicts millions, who quit breathing for 30 seconds or so.

Fragmented sleep, whether from ageing or apnea, can suppress the birth of new brain cells in the hippocampus, where memory-making begins — enough to hinder learning weeks after sleep returns to normal.
Scientists are increasingly focusing less on sleep duration and more on the quality of sleep, what's called sleep intensity, in studying how sleep helps the brain process memories so they stick. Particularly important is "slow-wave sleep", a period of very deep sleep that comes earlier than better-known REM sleep, or dreaming time.

Good sleep is a casualty of our 24/7 world. Surveys suggest few adults attain the recommended seven to eight hours a night. Over time, a chronic lack of sleep can erode the body in ways that leave us more vulnerable to heart disease, diabetes and other illnesses.

BABY buggies which face forwards may stunt children's development and turn them into anxious adults. Infants suffer more stress and sometimes even "trauma" in modern buggies with seats facing away from their parent.

Researchers at Dundee University in Scotland said children found it difficult to get their parents' attention and were spoken to only rarely, at a stage of life when youngsters thrive on interaction.

In contrast, children in traditional parent-facing buggies were more likely to laugh, listen to their mothers talking and to sleep — indicating lower stress levels.

They observed 2,722 parents in Britain and found that parents were more than twice as likely to talk to their child if they used a face-to-face buggy — 25 per cent against 11. The study involved 20 babies being pushed across a town centre, 0.8km facing forwards and 0.8km facing the pusher.

The new study — published in the Journal of Law & Economics — is based in part on several years of government survey data from the late 1990s that involved in-person interviews with thousands of US families. The researchers used a statistical test that presumes TV ads lead to obesity but made calculations to address other influences such as income and the number of nearby fast-food restaurants.

They also took steps to account for the possibility that some children may already have been overweight and inactive regardless of their TV-watching habits.

CHOCOHOLICS looking to curb their chocolate urges may be able to do so simply by taking a brisk 15-minute walk. Chocolate is likely the most commonly and intensely craved food, and chocolate urges are often triggered by boredom, stress or the desire to uplift mood or increase alertness.

Previous studies have shown that short bouts of exercise, such as brisk walking, can also improve alertness and mood, and reduce sugar snack urges.

The latest findings by researchers at School of Sport and Health Sciences at the University of Exeter in Britain revealed that exercise also appeared to lessen participants' increase cravings.

The participants also abstained from caffeine products and exercise for two hours prior to undergoing each of two testing scenarios — either 15 minutes of brisk walking or sitting quietly for 15 minutes. After each scenario, participants completed a mentally arousing task.

Post scenario testing showed being sedentary "did nothing to reduce chocolate cravings, whereas doing a 15-minute walk reduced urges to eat chocolate". — Agencies
Posted by Catherine Bugi at 6:46 PM 1 comment: ON a clear day, you can see forever, they say. But even when the sky is a calm, clean azure, eternity may still elude you as you’d have been severely blinded by the folly of youth and its tempestuous nature.


Raise a hand, people, if you have in your younger and not necessarily wiser days made decisions or “grand gestures” that you now sorely regret.

I have done this hand over fist and I must admit that not all of my moves of years ago have been slick or smart.

Now that I am convinced I am pretty much mellowed, I often wonder how life would have turned out if I had not done this or made that.

Entertaining these thoughts is probably an exercise in futility because, of course, no one can turn back the clock. Not that I want to but the “what ifs” can be mystifying.
This is the very reason why I cannot quite forget this movie I saw and recommended to friends years ago titled Sliding Doors.

It is about how differently your life might have been played out should you have chosen one path as opposed to the other at the crossroads in your life.

The movie is told in two parallel versions, one which sees the lead character catching her train ride home which led to a hazardous turn of events when she sees her boyfriend with his ex-lover. The other sees her missing the train and coming home much later, oblivious to the tryst between her beau and his paramour. I found the tale disturbing because it suggested many things, among which is the fact what we don’t know won’t hurt.

But given my “let’s face the music right here and now” nature, I’d rather know the worst and the sooner the better, rather than be left in the dark.

But I have digressed, of course. What had started me thinking about Sliding Doors once again was that quite recently, I have seen deep regret etched on the faces of people I know who had, in the heat of the moment long ago, made life-changing decisions.

At the engagement of a friend’s daughter not too long ago, I saw remorse in the eyes of her former husband when he watched with a heavy heart the betrothal of his little girl now grown up.

He was a mere guest in that ceremony when he could have had the role of the beaming host and proud papa, of course. The marriage had broken down when the children were little and who is to know if the union could have been salvaged if the couple had been a decade and a bit older?

I won’t be surprised if the chap was kicking himself hard for the follies of his youth, now that his fine looks had faded away somewhat. Sorry but I’ve always believed that wrinkles and white hair will always bring a person a notch or two down to earth. It applies both ways, by the way.

On another occasion, at the wedding of a relative’s daughter recently, the mother of the bride became tearful when her ex-husband turned up with his wife. She had issued the invitation, of course, for her daughter’s sake, but the sight of that familiar face must have brought back a flood of fond memories.

Interestingly, the chap was just as affected. He hung around all of us and unabashedly admitted that he missed the family as it is close-knit like no other, he said.

Now, if looks could kill, he would have keeled over cold right there as his present wife wasn’t amused at all by this show of affection. But that’s another story altogether!

The thing is, could we and would we give love rats or skirt-chasing cads a second chance if we’d stopped to count sheep instead of sending them straight to the “slaughterhouse”?

I’ve had my share of rows with loved ones and as if it were yesterday, I can still recall the blinding rage and indignance you feel when you know you’ve been wronged.

No, the gamut of emotions one feels in the high noon of our youths and under such circumstances do not always include being forbearing or tolerant.

We would be given to acts of pride, foolishly at times but that’s how it is, fellas. When the executioner sings her song, there may be no turning back.

We might then live to only pine and ponder over what might have been if we had stopped ourselves in our tracks before making crushing decisions but for most women, it is well worth the pain of the aftermath because it is crucial for their self-esteem.

No, many of us may not need a clear day to see forever because we simply believe there is a silver lining behind the clouds...
Posted by Catherine Bugi at 2:13 PM No comments: