Dumped? The Real Reasons He Did It

Remark: Repost do to some of error..
Want to know why he broke it off with you? Stop ripping yourself to shreds and turn the spotlight on HIS commitment issues.

He says “We need to talk” so you suspect something is up and you’re prepared to work through the problem. Instead he just blurts out “it’s over” and you’re so shocked. You can barely breathe. After breaking your heart he trots out all the usual lines: “It’s not you, it’s me”, “This isn’t working”, “I’m not good enough for you”. “I never meant to hurt you”, I don’t want to ruin our friendship” and he even says “I’ll call you sometimes” before you sprint from the rules, barely holding back the floods of tears. But once you get back to your flat/car/girlfriend’s place you suddenly realize he hasn’t really been straight with you at all.

After all the time, energy and tenderness you gave to the relationship it has just imploded and you have no real idea why. Before you beat yourself up for being a total failure in love – go through his behaviour with a fine-toothed comb. There are only a few reasons why men dump women and most of them indicate his emotional issue, not yours:

1. He’s looking for the ideal woman.
And you’re not her – but don’t feel unworthy-no women could ever measure up to his unrealistic ideal. He’s ultimate partner has Angelina Jolie’s lips, Elle Macpherson’s breasts, Jennifer Aniston’s figure, a face like Catherine Zeta-Jones, the intelligent and talent of a Cate Blanchett and a sense of humor to match whoopi Goldberg’s. Obviously, he’s never going to find someone to fit this bill but he enters each relationship with this unhelpful wishlist in his head.

“When it comes to romance, women tend to take a positive approach, focusing on their partner’s good looks or his sensitivity and projecting ahead to how romantic their future together could be,” says psychologist Danita Sykes. “The glow of these rose-colored glasses often helps to gloss over their partner’s less appealing qualities such as a bad temper or tendency to flirt. But as a relationship develops men may come to take their girlfriend’s appealing traits for granted and be more preoccupied with the ways their partner doesn’t meet their needs. They think the women of their dreams should be close to perfect. So if she doesn’t shared his love of the arts or doesn’t cook as well as he does, he may worry that this is a sign she’s not really the right partner for him.”

The upshot? Believe him when he says “it’s not you, it’s me”-any person who keeps up a misguided quest for total perfection in a partner is setting themselves up to never find true love. He doesn’t deserve you if he can’t recognize the special and unique qualities that make you such a great catch. “You’d be much better off with a men who is more emotionally evolved and mature,” Sykes points out.

Everything was peachy when you’re in the honeymoon phase of your relationship – you hung n each other’s every word and couldn’t wait to get home to be together. But now, you’ve been together a while you’re encountering a few hiccoughs - having a negotiate errands, not always wanting sex at the same time arguing about everything from what tv programme you should watch to whether or not he should call when he’s only running half an hour late.

For him, doing any kind of emotional house work in a relationship is to much hard work and the minute these kind of day-to-day problems arise he always does a runner. “I see lots of men who just bail out the minute there is any kind of issue to be solved in their romantic life,” says Sykes. Some “ men mistakenly see differences of opinion as a sign that the two of you a just not compatible instead of realizing that every relationship requires a little work, and a lot of communication and compromise if it is to deepen an last.”

This one hurts because he's unlikely to be upfront about the real reasons for the break. So you nurse your broken heart and try to save face in front of all yours friends by repeating hi exit line " I'm not ready to settle down" or " I need some time on my own". Next thing you hear on the grapevine, that he's not only launched himself back on the singles scene but he went straight from spiting up with you to asking another woman to go steady. Does she look like Cameron Diaz? Is he better than you in bed? What do you care? Be grateful - he's obviously got a roving eyes which means that down the track he might have been unfaithful or been a serial flirt. He's done you a big favour - now you can find a guy worthy of your trust.

6. He’s from a different world.

Don't CRY Get Even!

He left you for his colleague. Don't quietly seethe yourself into an ulcer. It's time for revenge.
It happens when you lift the last tissue fro your sixth box of Kleenex. The sobbing stops and the "My life's going to be hell without him" turns to "I'm going to make his life hell".

You stop crying every time you pass that restaurant and start plotting instead. The thought of his boss telling him off makes you smile. Horrid, vivid fantasies involving buses and trains haunt you. Not that you wish him ill of course, an uncomfortable injury will do. You wouldn't want him back if he begged you on bended knee - but you'd give anything to be able to say "Stick it, sweetheart". To have revenge at last.

There's something about being told "I don't love you anymore" that make us forget we wore pink when we were little because girls are nice, understanding, forgiving, and sympathetic. Bugger nice. It didn't get us anywhere, did it? Besides it's much more useful to feel angry than sad.

Anger is energy - it gives us the strength to perform the tasks an average revenge-seeking female faces in her day, like ripping car doors of. Sadness does nothing but ruin your mascara. Anger gives us the courage to make utter fools of ourselves - and not care a hoot.

Revenge is very good for you. Let all the anger fester inside and you'll end up with stomach ulcers. So here, for the recently trodden on, the Rule Of Revenge.

RULE ONE. Be original. Do it with style. Revenge should be dramatic and flamboyant - something people will talk about at the next dozen inner parties. If you're going to fling champagne, make sure it's Dom Perignon. If you're going to slap him accross the face, do it when he's making a speech at his company's Christmas party.

RULE TWO. Aim for the weak spots. Everyone has an Achilles heel. The man who prides himself of being the best-looking boy in the block will be suitably devastated if he see you hanging off the arm of the hottest male.

RULE THREE. Never destroy anything that can't be replaced - like photographs of his deceased mother, a Ming vase or limbs he may need later. A friend of a friend reputedly placed all her boyfriend's treasured books in the bath and kindly washed them for him. This is not OK: those books were first editions.

RULE FOUR: Keep a sense of humor. I know of one girl who enlisted the help of her pet's (use your imagination!), placed the result lovingly in layers of tissues and presented in a beautiful box. she wrapped the gift in paper printed with "I hate you" a millions times over - so even the postman knew the victim wasn't popular.

RULE FIVE: Living well is the best revenge. We all know the ultimate putdown is to do absolutely nothing. Be seen around town looking fabulous, a radiant smile n your face, a happy spring to your step. People - including your ex -will think the break-up was a mere hiccup in your busy life. And let's face it - isn't this more often the case?

Many lifestyle factors can have a significant "memory zapping" effect on your brain:

Alcohol: Interferes with short-term memory and damages little branches in the brain called dendrites, which pass on messages between brain cells.

Insomnia: Lack of sleep reduces our ability to retrieve memories while sleep deprivation can leave you feeling forgetful the next day.

Smoking: Limits the amount of oxygen and bloodflow to the brain

Stress: The "fight or flight" response that we have when stressed, uses up energy leaving less circulating blood sugar to fuel your brain resulting in a loss of clarity and focus. 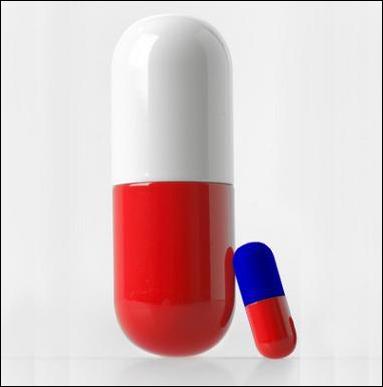 Some medications: Pills such as tranquillizers, muscle relaxants, sleeping pills, high blood pressure medication and antidepressants, can contribute to fuzzy thinking or cause some loss of memory capacity in some people.
Posted by Catherine Bugi at 9:21 PM 7 comments:

Who you meet today may just help boost your career tomorrow. So as you expand your address book, file these networking tips in:

DON'T BE SHY, BE CURIOUS. Beat shyness by being genuinely interested in someone. The conversation will flow better and naturally. Do ask others open ended questions which encourage conversation - most people love talking about themselves.

BE SINCERE. Networking isn't for short-term gain so ditch the impatient "what's in it for me" attitude. No one likes insincerity, plus it's easy to spot.

CASUAL CONTACT. Approach others casually with light topics before touching on more serious business-like topics. Never hit a social scene with your entire sales kit hoping to kill two birds with one stones.

KEEP IN TOUCH. Show appreciation with newfound and existing contacts by sending cheery greeting and messages during festivals and holidays. A simple thank you e-mail works well to keep in touch if your contacts have helped you in any small way.

GET OUT OF FAMILIAR CLIQUES. It's much easier to stick with people who you already know. However, make the best of social or work events to expand your horizons. After all, your friends were once people you didn't know too. Say a quick hello to them and then go forth to make a new contacts.